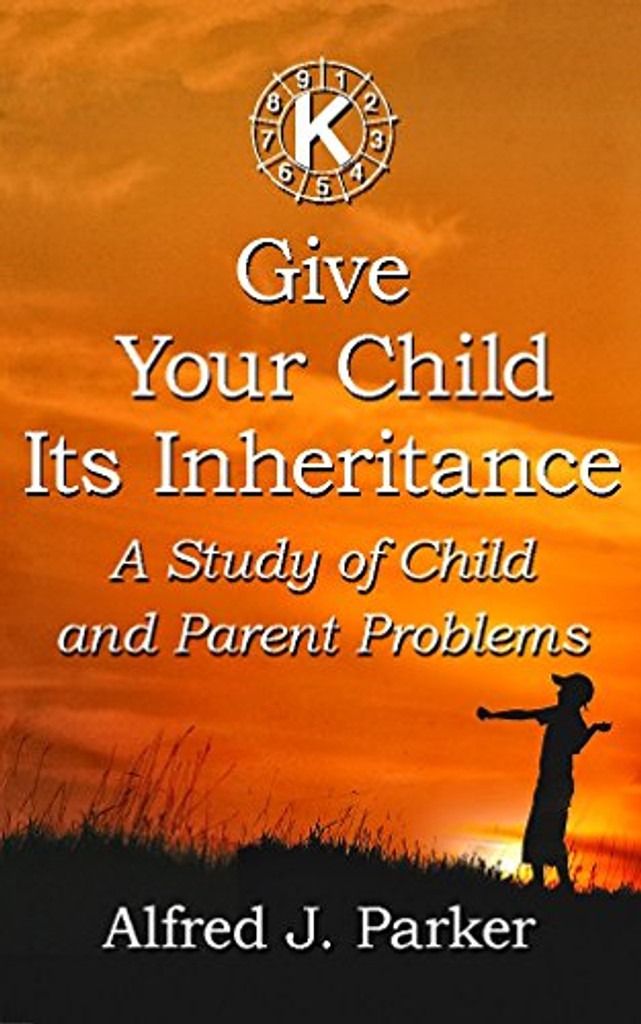 "Innumerable books have been written about child delinquency and training and methods of punishment: the two major points being the desirability of complete freedom of decision and action, or whether to spare the rod and spoil the child. What the world needs is the knowledge of the origin and balance of human mind, that each child may become a living symphony of love, service and understanding.

There is no duty more serious or more sacred than that of parenthood, because of its far-reaching effect upon the generations of the future in unfolding the Divine plan upon the earth.

Child-training is one of the greatest problems with which man is faced and many and varied are the theories of disciplining children. Man is the most important part of all creation, as he represents the eyes, ears, concept and mouthpiece of the God-principle upon the face of the earth, for he has been given dominion over all things within the limits of the senses. That dominion, however, has a positive and a negative side. For man to emulate the God-principle upon the earth necessitates the unfoldment of that spark of consciousness that comes into everyone at birth through the breath of life. The quality of man's dominion over all things depends upon his degree of wisdom and application of himself to the laws of nature in the environment into which he is born. Mind is a thinking entity that records and expresses the impulses of life relative to its plane of thinking, that is, relative to its balance and to the degree in which it has dominion over the emotions and desires.

Childhood represents the foundation of life upon which should be built discipline, health, intelligence, love, ideals of service and universal brotherhood, and, finally, a Heaven upon earth. By the same token, without discipline, intelligence and an ultimate spiritual ideal and objective, there can be only chaos, confusion, disease, universal disunity and destruction.

The proper theory of child training is as sacred and valuable as any religious treatise or philosophy ever written or conceived, for, without discipline and proper molding of the mind in childhood, all the religions of the ages are useless. In this modern age, one of the most common difficulties of the church is to hold the interest of the younger generation and to keep the church pews full. Religion is not something to be taught as a subject of interest and belief, but actually should be the predominant influence on a person's character; it represents the molding of the emotions, senses and intelligence of the individual toward mental balance and development and the complete unfoldment of his spiritual nature. One should not be spiritual by choice, but by growth. A plant unfolds its beauty in flower, not because of any unnatural stimuli, but through growth and time. The same should hold true in the case of mental and spiritual development. Too much has been left to faith and God, and man has failed in his mission to become one with the Father. Man is only one with self, thus separate from reason, truth and progress. Each succeeding generation multiplies human problems and discord until finally man finds himself upon the brink of destruction mortally, emotionally and spiritually as we are today when faced with the major problem of human delinquency."